I want to watch more dramas, as I think I can count how many I’ve watched on one hand this year ^^” However, I thought it would be fun to combine my love of Kpop and Dramas, with Idol Actors.

In my experience, they can be hit or miss. There are some fantastic Idol Actors, and there are some… not so good ones. I want to make a series of going through Idol groups and watching the dramas or films of each member (obviously not all members will have ventured into the acting world).

Once, I have watched and reviewed each, then I’m going to do a mini review of their acting career so far! I’m more excited than I thought I’d be from a 2am idea haha 😂

I was planning on doing SHINee first, but I realised I’d have to watch Descendants of the Sun and I feel like I need to psyche myself up for that one because I have zero interest in it. Which sucks because Lee Jinki ♥.♥

So, instead I chose to begin with Girl’s Generation, my favourite female group~

SNSD is one of the most popular girl groups and is under SM entertainment. They aren’t called the Nations Girl Group for nothing!

They debuted with 9 members, but Jessica Jung left in 2014. While in 2017, Tiffany, Sooyoung and Seohyun didn’t renew their contracts with SM. However, it has been said the 8 may continue to promote some time in the future. The group is currently on hiatus.

7 members out of the original 9 have stepped into the acting scene. Taeyeon and Sunny are voice actors, which I won’t be watching these as it doesn’t fit into this challenge (also where on earth could I watch Despicable Me in Korean dub?! haha). I also won’t be watching drama’s that just contain cameos’s. I don’t have time for that :p

There are also two dramas that I have already watched. I had a Jang Geun Suk phase (don’t @ me ^^”), so I’ve seen Yoona’s Love Rain. And I’ve also watched Sooyoung’s Dating Agency: Cyrano, which was so good! I won’t be rewatching, because again “I don’t have time for that”.

I’ve tried to find trailers (or as close to one) for all, so click on the title.

I’m least excited for Fashion King… I’ve seen it about and I get the impression that it’s not good (or it has a bad ending?). I’m most excited for Innocent Defendant! It stars Ji Sung and is a prosecutor thriller! I’m going to die each episode but I’m here for it!

Oh and No Breathing has Lee Jong Suk and Seo In Guk… in a swimming competition… shirtless ♥.♥ I have no shame haha :p

I thought I had seen more of Yoona’s dramas, but turns out I’ve only seen one… Both of the films look so action packed, hilarious and I want to watch them right away! I want to watch The K2, mainly because of Ji Chang Wook ^^”

The one I’m least anticipating Two Outs in the Ninth Inning… it’s a baseball drama (I know nothing about baseball… it’s a glorified cricket game… haha) and I’m not sure how big a role Yoona has. Cinderella Man just looks absurd 😂 Plus I’ve never watched a recent Chinese historical drama before, so I’m a little nervous for God of War, Zhao Yun. 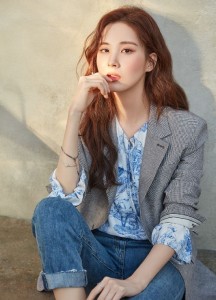 Seohyun is my bias in SNSD, however, I’m a little hesitant about her earlier works as I get the feeling that she was quite stilted to begin with. I’m far more interested in her newer things as she’s improved so much!!

I’ve been meaning to watch Bad Thief, Good Thief for ages, so it will be fun to actually get round to it! Ruby Ruby Love looks adorable! I watched the trailer for Time and ooh that acting looks amazing!

I think out of all of these I’m least excited for Passionate Love or Moon Lovers (I know how it ends…).

Sooyoung is the member I’m most interested to watch from as 1. I love her and 2. From what I’ve seen her acting my favourite so far. All the films look great and I’m excited for those! My body is ready for Girl Cops! ♥ Squad 38 stars Seo In Guk and is a crime drama which makes me so excited so watch it! Memories of a Dead End looks so wholesome so I’m looking forward to that.

I’m least excited for The Third Hospital, it’s a medical drama and those always break me. I find them hard to watch 😭

(p.s. I’m not watching any of the Jessica films or drama because I have zero interest in any of them. I’ll stick to just listening to her music ♥)

I’m so excited for this challenge! Who knows when I’ll finish, I certainly don’t haha ^^”.

Thanks for reading! I hope you are having a lovely day!