“So, I Married An Anti-Fan” is part of my Idol Actor challenge in that Seohyun (Girl’s Generation) stars in it.

This film is a Chinese film based on the same titled story by JiWan. Joo Hoon (EXO’s Chanyeol) is an idol which of course means that his private life is not his own business. He is a singer/actor who promotes mostly in China, where Fang Miao Miao (Yuan Shan Shan) reports for a magazine. 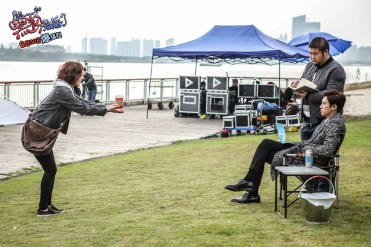 Miao Miao is a bad reporter, in that her articles are false. After snapping a photo of Joo Hoon and fellow Korean Idol Irene (Seohyun) having an argument, she gets fired from her job. Instead of searching for other work or spending her time working on the novel she dreams of writing, Miao Miao becomes an “anti-fan”.

Due to her mass of hate comments and graffiti, the media picks up on her behaviour. She and Joo Hoon’s agency are approached for a We Got Married style programme. Through spending time with each other, the pairs bickering turns gentler and love blossoms between them.

The plot was a little generic and rushed. I’m more interested in the drama with SNSD’s Soo Young as it should be able to flesh out more of the plot and characters. However, I just don’t like the concept of romanticising anti’s. They’re terrible people and their malicious comments can cause idols to commit suicide. As a MeU and a kpop fan I’m just not here for it.

And it didn’t help that the main character wasn’t very likeable. Instead of thinking “oh I’m also really bad at my job, I should find a new career or better myself” she throws her entire being into hating one person. Yeah, Miao Miao learns what it’s like to have her boundaries and sense of safety diminished by the press and fans, but how could she (someone who is a reporter!) not understand how suffocating the life of an idol/celebrity can be? She’s part of the problem!

As a package, the editing was a little juvenile and choppy. I understand that this film is for a younger audience, especially with a well known idol as the lead, but the effects were distracting and often unnecessary. I also got very confused when Chanyeol’s voice was dubbed with his own voice… and the dub didn’t match the mouth… I don’t know if Chanyeol didn’t have the right pronunciation on set or whether the lines changed in post production. The pacing was also bad, I felt so bored about 40 mins in and I didn’t get much more invested. 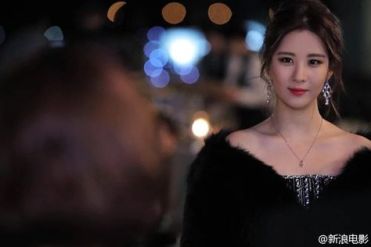 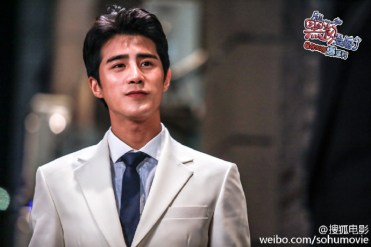 The “bad” guy (Jiang Chao) was so cliche and Seohyun’s acting could have been utilised in a much better way. The whole “we used to date, I chose someone else, but I’m going to play with your feelings and force myself into your personal life”. Vapid doesn’t even cover it.

The one character who I loved was Chanyeol’s “manager” type character Ge (brother in Chinese. I’m so mad I can’t find the actor’s name). He was wonderful and was such a good communicator and made sure some dumb misunderstandings were cleared.

Overall, I was very disappointed with this one. It’s not one I would ever rewatch or recommend.

One thought on “So, I Married My Anti-Fan || Film Review”