Bingo boards are very popular at the minute, I see them on insta all the time. I was in the mood to watch some Thai bl and decided to search twitter. I found this board by @GUNXATP (click the handle and it will take you to the original tweet and clean board ♥) and thought it would be fun to do a little series on my channel going through it!

(I want to watch GL dramas too because it’s so saturated with bl. If you have any recommendations please let me know! ♥)

Overall, there are 24 series on the board. I wanted to rewatch Together With Me (because I’m trash) so I used the middle square as a “free space”. This means in every post, I will be talking about 5 dramas~ And at the end I’ll rank all 25!

This is how my board looks at the moment:

3 series are currently still airing, but I’m excited for 2gether to finish airing and then I can binge it! The hype for this drama is so high!

Together With Me is about two childhood friends reconnect during their first year of university. After a drunken one night stand, Knock and Korn’s relationship instantly changes. Korn is certain of his sexuality and feelings, so we basically spend 13 episodes watching Knock work his out. Friendship is a core value of this drama ♥

As I have already stated, this isn’t actually on the board so I won’t talk too much about it 😅 However, I am trash and this drama is kind of trash too (mainly Knock haha), but I love it and I have watched it many times!

The storyline is frustrating (again Knock), but something about this drama really pulls you in. Is it because Korn is a sweetheart? Is it because I’m stunned by Knock being so dumb? Is it because Yihwa is a literal goddess? Is it because Max and Tul have insane chemistry? Is it all of the above?

I haven’t watched any of the other series with these characters and honestly, I’m content with this mess! (also I heard that the second Together With Me series has the trope of cheating… no thanks).

On a final note, I would just like to say: P’Bright can choke.

This had a lot of hype and a lot of scandal (is that the right word? backlash?) – there were aspects of the series that were problematic, aka the ending of the first episode! Like who thought that was a good way to end an episode?!

TharnType follows two freshman who share a dorm room. Their relationship is friendly until Type finds out that Tharn is gay. Type, having experienced childhood trauma with a gay man is fiercely homophobic and sets about forcing Tharn out of the room. Instead of pushing Tharn away, the childish antics work against Type. We watch as Tharn demonstrates that his love is real and valid which leads Type to come to terms with who he is and his growing feelings for Tharn.

In my notes, I wrote that the chemistry is 10/10 in a 6/10 drama (and even that rating is generous). This drama deals with hard topics: homophobia, child abuse, rape – so it can be very difficult to watch at times. These are somewhat handled well, but could have used some more work. Also, that one character who was a dick but we didn’t know until the end… why was he not arrested?! He committed crimes!

And I get that Type has been through a trauma that he hasn’t worked through, but did I want to smack that boy! He was such a pain in the backside. Trauma doesn’t give you the license to be such a brat all the time. Thankfully, he does develop and it’s great, but it takes a while. That little shit has a boyfriend and he’s still homophobic to his childhood friend… like bitch!

Tharn is a precious baby and I love him ♥ Another of his dramas is on the list, but I’m not excited for What the Duck because I’ve not heard one good thing about it… so that sucks!

The side characters are pretty generic, although I do love Techno – we love a poor dumb baby who can’t keep a secret to save his life haha

If you watch this series, I would highly recommend also watching the special they made. It really ties up some loose ends and is a pretty funny and endearing end after all that intense drama in the last 2 episodes.

Sotus is a hazing system that is meant to bring the new year of university students together and instill the motto of living their university life to its fullest. This adaptation supposedly is an exaggeration of the real system that takes place in Thai universities (however, there are some awful real life stories of actual deaths and beatings during these events). Arthit is the head hazer and his time would have gone smoothly if not for Kongphob. The lessons taught are often grueling and harsh which leads concerned Kongphob to clash with the head hazer.

Instead of culminating in further hate, their bickering sparks romance! And I am so here for it! This is probably my favourite drama and I’ve watched it several times.

(I do have a review, but it’s not that in depth, but you can check it out if you’d like~)

Sotus is so unproblematic. Excuse me for this rant, but… A lot of Thai Bl’s have two main plot points: cheating and involving a girl. 1. I hate that trope so much! It’s so frustrating. 2. I always feel sorry for the girl (not in TWM tho, she was terrible!). The girl is in love, but their dumbass boyfriend doesn’t know if he’s in love with another boy, but their relationship doesn’t stop him from either emotionally or physically cheating on her behind her back. This needs to stop or at least it needs to stop being dragged out for so long!

Back to the beauty that is SOTUS! Kongphob is clear and articulate with his feelings from the get go. He also tries to get Arthit to talk things out so misunderstandings don’t stretch on. He is such a mature character, but isn’t afraid to tease his crush either. Arthit is the one in this relationship who has to work on his own perception of himself and how he wants to be viewed by others. He is a tough guy when hazing, but essentially he’s rather shy. These two cuties are my faves ♥

It’s an older drama which means there isn’t much skinship (and I’ve heard that this doesn’t change in the next series), but that shouldn’t stop you from watching it. There are so many fluffy moments. Krist and Singto have great chemistry: and fun fact, Singto was Krist’s head hazer when he was in university!

The only issue with this drama is that you are mostly watching for the main couple. Not many of the side characters are developed and those that are, are still pretty lacking.

… This was not great.

Per and Pond are twins (played by the same actor). One is straight and one is gay. Per is in love with a girl who loves Pond, while Pond is in love with her little brother – Tee. The twins live with their elder sister – Pad – a teacher who is homophobic. While the sister is at a retreat the brothers are able to get closer to their crushes. And all the while, Pond’s ex boyfriend is trying to make sure Pond and Tee don’t get together.

This was a bad synopsis, I’m sorry. The first few episodes were a mess and honestly it doesn’t get much better. This would have been so much better with good pacing and more episodes. A lot of the characters had little to no substance. The chemistry between Pond and Tee was not good (Mild is like a stereotypical kdrama female lead when kissing… like a brick wall…). This is disappointing because I enjoyed Mild as Techno is Tharntype.

There were some cute scenes, especially as Tee likes to imagine more romantic and fluffy moments. This led to a fun game of “is this real or Tee daydreaming?”

The pacing of this drama is so bad! I tried watching this a while back and just couldn’t get through it. The messy plot at the beginning doesn’t help either. The tone of this drama shifts dramatically which was rather jarring, however, in the mid to latter half is more interesting. If the drama had the same serious and considered plotline, this could have been a lot better. Plus, the timeline of this drama is a total mess.

Another issue is that large plot points weren’t expanded on or even clarified. The last few episodes are a mess! We are left in the dark and just expected to work out what is happening with Mork’s health on our own. The issues discussed in this drama are important, for example the cultural differences and obligations – Tee is half Chinese, the school system and also people’s double standards in regards to LGBTQ+, but needed a better writer. 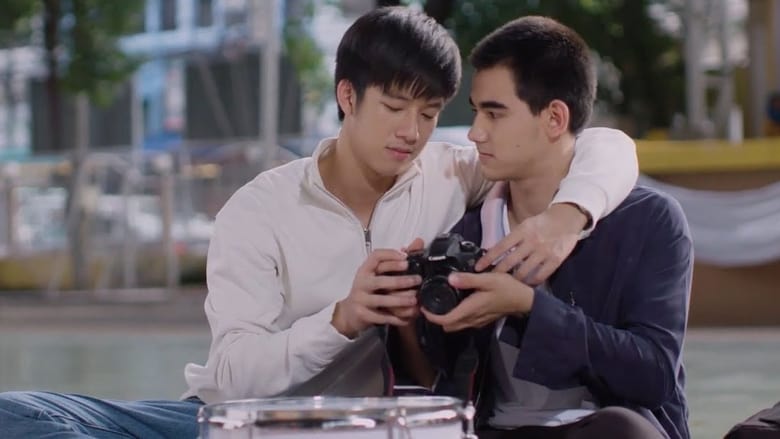 There was a lot of potential with this drama – we had a great cast of second characters that weren’t utilised at all! We could have had a lesbian couple and there could have been an interesting love triangle.

The only thing that I truly enjoyed was Mork’s character development. He becomes such a strong young man who stands up to all the adults in his life who are against him loving Tee. Once he understands his feelings, he doesn’t stand for the bigotry that is thrown at him for every side. Frank and Drake definitely carried this drama with their acting!

What do you think of these dramas?

Thanks for reading! I hope you are having a lovely day and staying safe ♥