Last month I read the first book in the Blue Bloods series by Melissa de la Cruz. In December I continued on to read the next 4 novels and 2 short story collections. 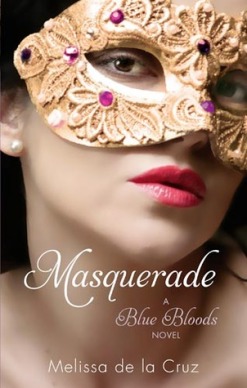 Schuyler makes a trip to Italy to find her grandfather, goes to fancy vampire ball and then an after-party thrown by Queen Bee Mimi Force. This book is equally fun and absurd as the first.

Revelations throws us more into the lore and twists concerning the Blue Bloods and their deadly rivals the Silver Bloods.

The romance is just meh, mostly because I’ve realised I don’t really know much about broody mcbroody pants Jack 😂

I’m honestly blown away by how gripped I was for the majority of this book! We are thrown into a lot of action and an ancient battle that threatens to occur again.

I will say that Bliss and Mimi’s POV’s were the real winners. Bliss went through so much in this book and it was fascinating. While I love Mimi now apparently! Schuyler is a but lacking in the personality department and I think the love triangle is meh. Hopefully we learn more about Jack now that he’s more of a team player.

Keys to the Repository: This is a short story collection, in which we learn more about our main characters, along with a little snippet into their lives. Overall, it doesn’t add anything more to the series in my opinion.

I found this one a little harder to get into mainly because Schuyler is a bit boring to be honest. It was interesting to learn more about Jack’s history (especially about his angel form), but he still has next to no personality.

However, Mimi is still a queen and Deming is so cool! I’m looking forward to seeing her and the Lennox twins hunt down the baddies. I would honestly have loved this series to  just focus on the Venators.

Bloody Valentine: The second novella collection in this series has three stories. The first followed Oliver and it was fluffy and seems rather important for everyone to know how he gets over his feelings etc, for Schuyler. The second focused on Allegra and how she and Ben Chase met. And the third was Jack and Schuyler’s “bonding” ceremony which was rather cute and more action packed than I thought it would be haha

I read The Hitchhiker’s Guide to the Galaxy last month and in December I finished Douglas Adams’ mind-boggling sci-fi series. I can’t give synopses mainly because I wouldn’t know what would be a spoiler or not 😂 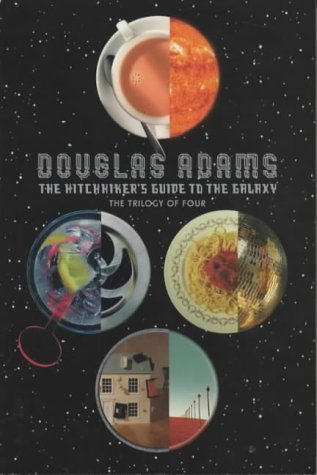 The Restaurant at the End of the Universe:⭐⭐⭐.5

I enjoyed this one more than the first book. I do think the first half was stronger than the latter as it just seemed to meander off route. I found that I enjoyed being with Zaphod more than Arthur as he’s more charming and somewhat endearing in his absurdity haha

Life, the Universe and Everything: ⭐⭐

This was a wild ride and I found myself wondering what on earth (get it lol) was happening throughout the entire book!

I really enjoyed this one. The plot was a bit generic and certainly tamer than the others. However, Arthur was such a more rounded character and less annoying and well… less useless! I enjoyed the more observational humour and wit in this book. And the new characters were interesting and fun as always.

Marvin will forever be remembered.

I don’t know what the point of this book was… it’s just a bit of a depressing installment to be honest.

I also finished the Key to the Kingdom series by Garth Nix! This is one I started when I was about 12, but never continued, despite owning the entire series!

It’s day six and Arthur is facing far more sorcery than ever before!

I love that we are now seeing Arthur accept his fate and start to come to terms with it. The amount of sorcery in this book was fun and it was great seeing more of the House, and part 6 of the Will is my favourite so far.

Suzy is, as always, a pleasure! I love her ♡

This was such a bittersweet ending!

The final book explores the effects of the Keys and the Will’s true purpose. It was also a culmination and a goodbye to a lot of characters that we’ve met over the series.

Arthur, Leaf and especially Suzy will always have a special place in my heart ♥

This is the final book in the Arc of the Scythe trilogy. I’m honestly so amazed and proud of myself for reading this chunky book so soon after it was released, as well as it being the last book in a series! I never do this! It took me over ten years to read The Keys to the Kingdom! 😂😂😂

This trilogy delves into utopia and how humans are generally unable to live up to ideal they set for themselves. The Scythes control the population numbers while the Thunderhead cultivates the perfect society. This was an extremely interesting and gripping world that Shusterman has built.

However, I felt that this book fell short of my expectations.

I love the characters! And the buildup of this book was great and intriguing, but the ending was somewhat lacklustre and “easy” (is that the right word?)

The romance is bland, but that’s to be expected at this point. Rowan and Citra are so boring together. Thankfully, they don’t spend much time together and the friendships are wonderful. I want a whole series revolving around Jeri ♥ I truly love this world, but I feel like more could have been done with this conclusion.

To round out the year, I thought it would be fun to read a children’s classic and ended up reading the first two books in L.M. Montgomery’s Avonlea series. 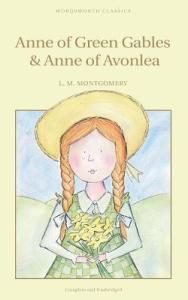 Anne is a rambunctious and imaginative orphan girl who is adopted into the Cuthbert sibling household. Anne’s spirit brings hi-jinks to the little Avonlea and makes everyone’s lives a little more beautiful.

This was a fun and whimsical little book that touched my heart several times.

(I know I’m supposed to ship Anne and Gil, but… Diana is right there 😂)

Anne is now a school teacher in Avonlea and while this book was whimsical, fun and rather quaint, it’s not something that will stay with me.

How was your December reading?

Thanks for reading! I hope you have a great New Year! And next year brings you 5 star reads in abundance!