I wanted to start doing Top 5 Wednesday posts which are targeted towards books, but it works for dramas as well and I’m just as excited! ♥

As most dramas I watch are typically 16-20 episodes long, at lot of these are ones that I have already started or seen the first episode. I’m scared of long dramas! 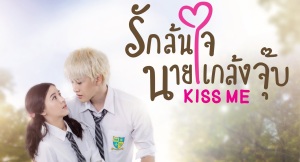 SYNOPSIS: Taliw (Aom Sushar Manaying), a cute, lively and clumsy girl, has had a crush on a popular and genius named Tenten (Mike Angelo), who is a new student with an IQ of 200. Tenten just returned from Japan with his family. How will Taliw deal with her feelings towards Tenten? Sometimes, he treats her kindly and cares about her. Yet, sometimes he teases and embarrasses her in front of all the students in their school.

I have a first thoughts on this drama and I am currently on episode 3. So far it’s super cute and I’m looking forward to seeing more of Mike and Aom’s chemistry ♥

SYNOPSIS: Suk Moo (Cha TaeHyun) is a very picky and sensitive man. He used to play music in college but gave up on it. He has a nagging feeling that he hasn’t chosen the right path in life. On the other hand, Hwi Roo (Bae Doona) is relaxed and positive. When she has a hard time finding a job, she earns money by running a guest house on the second floor of her home and working as a fitness instructor. She doesn’t care about petty things. One day, Suk Moo and Hwi Roo meet when they get into an argument over a piece of cake. Yoo Young (Lee El) is a strong, independent woman, but sometimes she seems fragile. Jang Hyun (Son Sukku) is a bad boy who is popular with women. He doesn’t seem like the type to get married, but he did marry Yoo Young. Is marriage really the perfect form of love? This romantic comedy shows how men and women think differently about love, marriage and family.

This drama has yet to be fully aired and I will probably binge watch this. It looks like it’s so much fun and I adore Bae Doona and I love that she is back in dramaland!!

SYNOPSIS: Han Soo Ho passed the bar exam as the youngest person and became the judge. He was well known to judge according to the assessment of a case. Meanwhile, Han Kang Ho has five criminal records. One day, Han Kang Ho finished serving his sentence. When he came out, he realized that Han Soo Ho had suddenly disappeared and decided to take over his brother’s place as a judge. The criminal, who used to live behind bars, becomes to be judge people by the law. The criminal, who was once treated as a trash, becomes the honorable judge who everyone respects. Han Kang Ho, the judge with five criminal records. What will happen to his life? This story is about the process of people, who once desired other’s life, finding their own life.

Kang Ho and Soo Ho are twins and both played by Yoon ShiYoon. Lee Yoo Young, the female lead is so adorable and I love her perseverance and heart ♥

This is a fantastic drama! I have nearly finished this and honestly I want to see what else Yoon ShiYoon has been in (if you have any suggestions of where to start, let me know ♥). 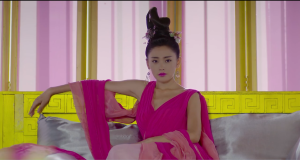 SYNOPSIS: Zhang Peng is a playboy who hits his head as he falls into a pool when he’s trying to run away from an ex-girlfriend. He wakes up to find that he’s traveled a thousand years into the past. But, that’s not even the biggest problem, he also wakes up as the crown princess of the dynasty – Zhang Peng Peng (Krystal Zhang). Hilarity ensues as Zhang Peng weighs between trying to get back to his time and leveraging his new female identity to seduce all the concubines and women he can.

This synopsis is a little lacking, as Peng Peng is also embroiled in politics between his husband, Qi Sheng (Peter Sheng) and his brothers. There is a lot more to this drama than first meets the eye.

I’ve been watching this for a while… because I’m recapping them on this blog, I get a bit anxious, despite liking the recap process. I love the drama, it’s so over-dramatic, hilarious and absurd! But still pulls at the heartstrings. I’ve currently watched and recapped 15 episodes. 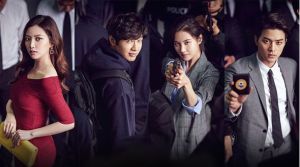 SYNOPSIS: The story of the descendants of the Korean activists during the Japanese colonial rule who became the important figures of the history. They were unaware of their identity as it will harm their lives.

I did a first thoughts of this drama and was really interested, but haven’t had the time or confidence to continue yet. This drama is a daily drama and those are sooo long! Bad Thief, Good Thief is 50 episodes long ㅠ.ㅠ

Are there any long dramas that are on your to be watch lists? What are your thoughts on any of the dramas on my list?