I may have the time, but do I have the motivation?

I’ve had a cold for a week and that would be a great time to catch up on dramas, right?!

I have yet to watch a single episode… ㅠㅠ

Instead I’ve been re watching Parks and Recreation 😂

However, I thought it would be a good idea to make a little update on all the dramas I’m currently watching and get myself motivated to tune in again ♥

I have two “challenge” type posts that I’m working through right now, so I’ll talk about what I’m watching for those right now:

So I still have 23 works (not counting the ones currently airing this year) to watch for this challenge… and I have watched 7 and dnf’d one (Fashion King is an abomination!).

Man in the Kitchen

This drama is headed by Soo Young. It follows 3 couples and their ups and downs. At the moment there are far more downs that ups, but in the dramatic daily drama way that is also rather ridiculous. I’m on episode 9 out of 50 (ㅠㅠ) and our male lead has been the victim of attempted murder about 3 times 😂

I am enjoying this one, mainly for Soo Young. Her character – Ru Ri – is fun and expressive. Plus I love Lee Se Young as the best fried! She is hilarious!

My only issue is that this is 50 episodes and each is an hour and this is filled with a lot of daily drama tropes. Once I get into the swing of it tho, I do end up watching about 4 episodes in a sitting.

I planned on watching one drama a month… instead I’m currently watching two (of course!):

My Love From the Star

This is the drama that most people suggested I watch first and it might be the reason I’ve not watched much… I’m just not clicking with it and I don’t know why!

This drama follows an alien who was stranded on earth in the Joseon Era and now pretty much hates humans (standard). The time for him to return home finally shows itself, but until then he has to put up with the crazy shenanigans of his top actress neighbour.

I’m currently only 2 episodes in, and episode 2 took me a few days to get through… I will keep trying because I know how beloved it is and I am really enjoying Jun Ji Hyun’s comedic acting.

Also, I thought Park Hae Jin made his debut in Cheese in the Trap because he looks so much younger now than he did in this… 😂 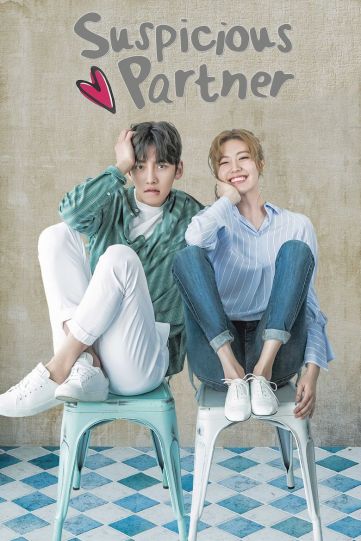 I adore SBS for putting some of their dramas (subbed) onto YouTube because I’ve been steadily making my way through Suspicious Partner. I was in the mood for some Ji Chang Wook and spied this on SBS World and I instantly fell in love with Nam Ji Hyun ♥

In this Nam Ji Hyun’s character is an aspiring prosecutor until her life gets turned upside down when her cheater ex boyfriend is murdered in her apartment.

I am in love with everything about this drama. I am just over halfway through – 11/20 – but I keep putting it off… We’re just about to get validation of the romantic relationship but the oncoming angst is palpable and I’m scared haha 😂

However, I have the weekend to try and power through the 9-10 hours worth of content. Despite being a crime drama with a creepy bad guy and murders, this has so many cute, funny and ridiculous moments! And the chemistry between Nam Ji Hyun and Ji Chang Wook is off that charts!! ♥

I kept seeing this on twitter literally every time I scrolled through! It’s been a while since I watched a jdrama and I was apprehensive as this is set in a hospital. I am not so good with sick people and dying so… but everything I saw was just so adorable and quirky.

I have cried in several of these episodes. But I keep coming back because the leads are just so endearing! Sakura falls in love with a doctor when he helps her while visiting Tokyo on a school trip. This love propels her into becoming a nurse and working at his hospital. Instead of finding the gentle, easy smiling man she met, she meets the devil. Tendo is not a people person, unless those people are his patients.

Even so, with the help of her colleagues, Sakura bravely continues to try to win Tendo sensei’s sadistic heart ♥

I only have 2 episodes left (of the 10) to watch and I’m both excited and sad to see it end!

Clean With Passion For Now

This is one I’d never heard of, but I saw it in a few multicouple fanvids on YouTube and was instantly intrigued~

It follows Gil O Sol (Kim Yoo Jung) who is a less than hygienic girl who ends up working for and in the constant path of germaphobe CEO Jang Sun-Gyeo (Yoon Gyun Sang).

Yoon Gyun Sang is like a bear and I love him!! And Yoo Jung is wonderful in this! She encompasses the feisty, stubborn and vulnerable character so well and her comedic acting is great!

I’ve watched 4 out of 16 and I’m really excited to keep watching. I am apprehensive because there will be much angst, I can feel it in my soul, but so far I love it!

What are you’re thoughts on these dramas? And let me know in the comments what you’re currently watching! ♥

One thought on “Currently Watching 🎬”