“13 books ahead of schedule” Goodreads~

I didn’t plan on reading 16 books!! If I had known my lazy butt would have read so much in July I would have tried to complete all the Book Junkie Trial challenges 😂

I hope your reading month was great as well! 😊

I enjoyed a lot of this book, however, it did feel like there was a lot of filler. I wish we could have learnt more about Venda and how the council/clans worked.

The main thing that kept me reading was Lia. I love her character so much! And the expansion on the story of Venda is so cool and adds a new layer to her character and the world. I’m definitely excited to see what happens next!

My main complaint is we didn’t see enough of my precious baby Pauline!

This book was so intriguing! I love religion, old and new and this story was fascinating! I would have liked a more drawn out ending as it felt a bit rushed.

The characters were unique and the drawings were fantastic (I just wish there had been more just because they were all so beautiful ♥).

The writing wasn’t the best, however, this was a lot of fun to read and I would love to read more about this world!

The Guild Hunter books have a nice balance of smut and action, especially with this book.

I can’t say much as this is the 3rd book in the series, but I will say I love learning more about the angels and what their lives are like.

Elena is such a great protagonist and she continues to grow and stand her ground against the harsher world of the angels. 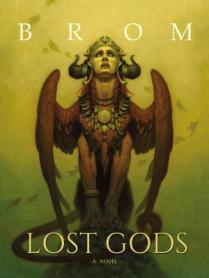 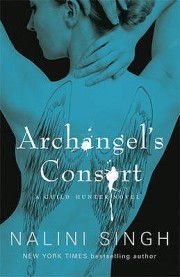 This book fills this challenge but also the Bard Weakness as this book is all about a band and the ups and downs of fame.

I’m so glad I listened to the audiobook. I love full cast productions and this was just wonderfully made! This is the reason I gave this book an extra star…

If I had read this book physically, I don’t think I could have finished it. Don’t get me wrong, I enjoyed this book. The characters are well rounded, the conversation is well written. But, I’m learning that I don’t like stories about famous people. I just didn’t really care about the circumstances of fame etc.

This book is a reread for me. I enjoy the quirky world over the wall and the writing is whimsical and fun. My only issue is that it’s too short and everything is wrapped up rather oddly. The love story isn’t that great either, it sort of just comes out of nowhere.

I much prefer the film to the book.

For the Biannual Bibliothon I completed 4 of the 7 challenges~

I did not intend to read this in one sitting, but it somehow happened! haha

This was such an interesting concept and was well executed. The world was intriguing and I’m excited to learn more about the Scythe process within the world. Thunderhead is also fascinating, he’s like the sane version of Illuminae’s AIDAN haha

This book is fast paced and full of action, with several twists that I wasn’t expecting! The reason this isn’t 5 stars is the relationship between Citra and Rowan. It didn’t feel very fleshed out and I would have loved to have seen a lot of quieter and slower moments between then so I truly felt their feelings for each other growing.

All in all this was a great start to a trilogy and I’m looking forward to seeing what happens next!

I was smiling through this entire thing! The inclusivity in this book is wonderful! And it was lovely seeing how supportive Charlie is to Nick.

Nick and Charlie are absolutely adorable and I’m looking forward to carrying on with their journey! And Charlie’s friends are great, as well as Tara and Darcy 💕

Finished this a day late but putting it here anyway :p

I’m not going to say anything about the plot as this is the kind of book you best go in blind!

This was such a journey! Every character was distinct and brought their own personality and traits to the melee of confusion I was feeling 😂

This book was fascinating and the twist at the end floored me! As well as the reasoning behind why this whole escapade is occurring!

My only issue with this book is that it feels a little slow in some places. 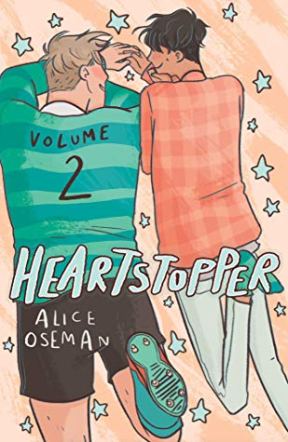 I’m so conflicted about this book. The characters are great, although I will admit the female characters voices sometimes intermingled and I forgot who was who.

I love Finian with all my being! That idiot is now my son and if anything happens to this fictional dumbass I will be writing a stern letter to Kaufman & Kristoff (in my head haha :p)!

And the action, especially on the space station, was fun and kept me gripped. However, the plot at the end just went in a completely different direction and I don’t know how I feel. Certain aspects of the last 70 pages just felt so forced and abrupt and somewhat ridiculous…

Overall this book was okay, but it just lacked the general punch and oomph and drive of Illuminae. And I know it’s a different series and a different writing style, but I think the plot is truly the part of this book that made it fall short of my expectations and not the format.

Hunted is such a beautifully written and intriguing retelling of Beauty and the Beast. There is a lovely mix of a magic, although at most times it didn’t quite make sense. This is why I wish the book was a little longer.

I loved the inclusion of a intriguing and almost mythical backstory of the Beast and how this wove into the story.

I also had a few issues with the love story. I just wish we had more scenes with Yeva and the Beast together as it took a while for them to even meet.

More Than This; Patrick Ness

I went into this book knowing nothing. And I have come out knowing even less. And that is wonderful! This is such an interesting, philosophical and youthful exploration of stories, adolescence, growth, loss, the afterlife, reality and its fragility and what these things mean to us.

If you want a clean cut story, this is not the one for you. But I would suggest you give it a read just for the little Polish cutie that is Tomasz and his antics haha

The Rose & The Dagger; Renée Ahdieh

Ahdieh’s writing is rich and lovely to read. And her characters jump off the page. I love Shazi and her hot temper, Khalid and his softness, Tariq and his loyalty and Irsa and her strength.

However, what I don’t love is when authors feel the need to kill of a character that didn’t need to be killed. Especially when that character is an utter sweetheart and the purest person in Khorasan! I’m angry. Not just because he was a sweet, gentle and kind person, but because it felt completely unnecessary and didn’t add to the story, just the number of times I’ve cried while reading this year.

I was swept away by the story and the pace, but certain aspects just felt too easily overcome or accomplished. It never truly seemed as though the main protagonists were in any real danger, mainly due to the quick remedies that soon followed the action.

All in all this was a good book, not as strong as the first. But this is definitely a duology worth reading.

This is the final book in the Remnant Chronicles and ugh this is such a great fantasy trilogy!!! I love all the main characters so much.

So much happened in this book, but I do feel that the end was somewhat rushed and could have used better pacing. However, it was wonderful to see Lia grow even more and see the fruits of her struggles. Rafe was an almost perfect love interest and Kaden is way too loveable. An assassin is scared of a pregnant handmaid haha 😂 and rightly so!

And my sweet baby Pauline! Her ending makes my heart so happy ♡

Grim Tuesday (The Keys to the Kingdom #2); Garth Nix

This was so much fun! Arthur unexpectedly grew quite a bit in this one but still remained a snarky, somewhat pessimistic child and I kind of love him. Another person I love is Suzy! This girl is hilarious!

Although I was a little less gripped by the ending and eventual stand off with Grim, the journey made up for it.

I’m not even sure how to rate this. The story is beautiful and the characters are well rounded and all lovely and funny, but that ending…

It was so abrupt and felt unfinished.

I know there is another volume so I might invest in that one soon and see if that gives a more satisfactory ending. At the moment it just feels like the end was a cop out. 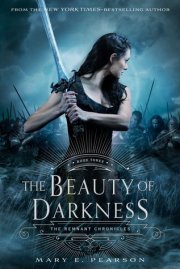 I am so confused by the ending of this!!… Also I really hope we don’t get another long time jump because nope not a fan of those…

Anyway, this book was grand. I mean it’s better than Midnight by a fraction. The action was great as usual, it was funny and thank the heavens that we got more Valkyrie and Skulduggery interaction. I will ship these two idiots until the end ♥ don’t judge me!

My only issue and this is a pretty big one is that I don’t care. By this I mean I don’t care about any of the new characters. Not one jot. And at this point I don’t even know what the plot is…

The revelation on the last page is making my head hurt. I’m questioning everything now and I don’t know if I want to…

I will always love Skulduggery Pleasant, but Phase 2 is kind of getting me down. Also I love that Val has come out and has a girlfriend, but like I ship Valduggery and no one can stop me :p

What did you read in July?