Love Lasts Forever (Koi wa Tsuzuku yo Dokomademo) is a live action of the manga. It aired in the first three months of 2020.

Sakura Nanase (Kamishiraishi Mone), while on a school trip to Tokyo finds her future path when Tendo Kairi (Satoh Takeru) helps her aid an old lady who has collapsed.

After discovering he’s a doctor, she spends the next 5 years becoming a nurse. Instead of finding the kind and smiling man she met, Sakura ends up confessing to the man referred to by his colleagues as the Devil. Tendo Sensei is a hard working perfectionist who expects the best at all times from those working around him.

Sakura is hardworking, but often clumsy leading to tension between herself and Tendo. Despite this Sakura is spurred on to capture his heart and become a great nurse worthy of standing by his side.

I wasn’t planning on watching this drama, however, I kept seeing it on twitter and couldn’t help checking it out. I caught up in a single day! There is a lot of hospital drama and I cried a lot, but I smiled and laughed more.

This isn’t to say it’s flawless, so I’ll talk about what I liked and disliked. 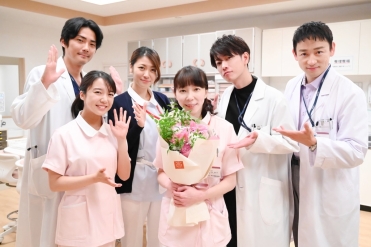 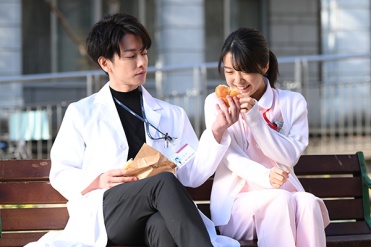 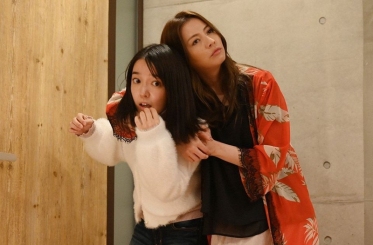 Even though my dislikes are quite prominent things, I still really enjoyed this drama. My main issues are about the last 2 episodes, however, I think with a full binge rewatch some of these may lessen. I would highly recommend this drama simply for the cast and wonderful cozy feeling each episode left me feeling!

If you have any recommendations similar to Love Lasts Forever please let me know! ♥