Secret Forest. What a drama! Here are my final thoughts and I will try and be as concise and critical as I can possibly be (but don’t hold me to that :p)

Secret Forest is Crime/Prosecutor drama which is dealing with murder and corruption with the Prosecutor offices and police force. 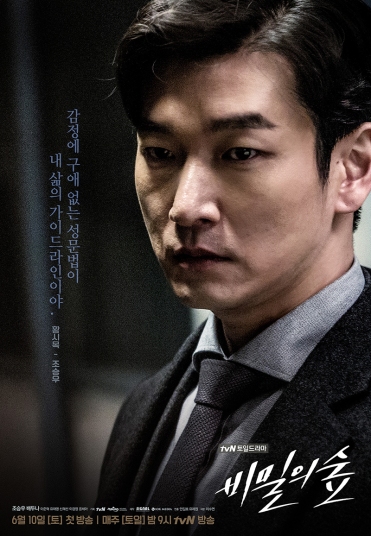 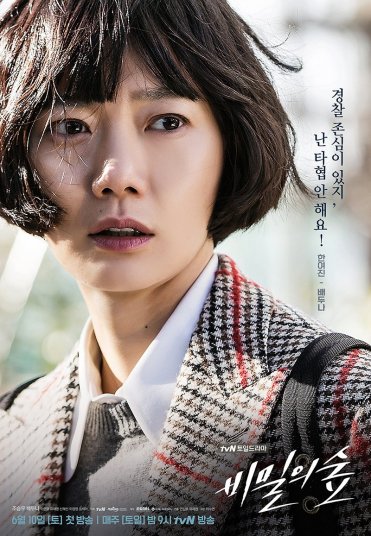 Hwang ShiMok (Cho SeungWoo) is a prosecutor who, due to an operation in childhood has a limited sense on emotions. He heads the investigation of the murder and the corruption, his sense of justice and lack of emotions making his stance somewhat more clinical. This is slightly balanced out by the team he surrounds himself him.

The main person is Han YeoJin (Bae DooNa), a lieutenant in the police force. She seeks justice and is torn because of the actions of those she trusts and admires, but even so, YeoJin is the human backbone to this drama. She is so kind and positive and is ready to give her thoughts on the situation.

YeoJin tries her best to make ShiMok welcome and pushes him to do things that he generally wouldn’t. I loved that as the drama progressed, ShiMok actively sought out her company and even though he rarely showed it, he enjoyed the time they spent together. If he needed help, YeoJin was who he called. 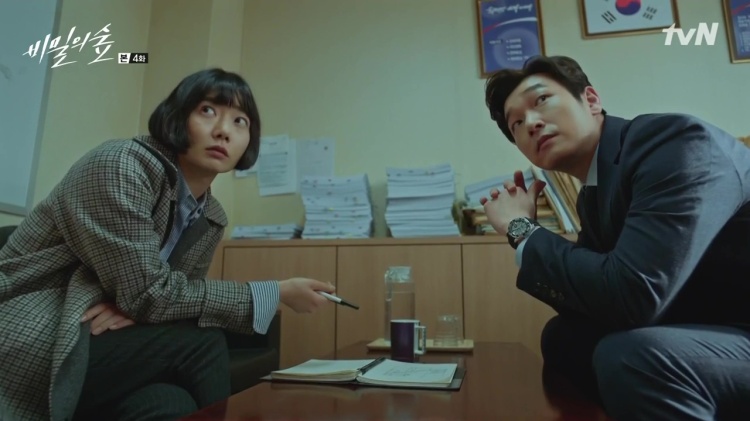 The drama is full of intrigue and humanity. What I mean by this is, there is no ‘good’ and ‘bad’. There is a mixture and that is true to humans. We are a mixture of good and bad, no matter what “side” we fight for. Throughout this drama I was shocked by the revelations, I second guessed who the culprit was many times, even though they were right in front of us. I loved how the drama never handed us anything on a plate. It truly felt like being on the team and working things out with them. At least that’s how I felt.

At first, I felt a little underwhelmed by who the actual murder culprit was, but this drama spent several episodes delving into it, intertwining emotions and characters and more substance to why, that by the end I was gripped and sobbing. (I cried so much in the last quarter of this drama… 😭)

The Cinematography was wonderful. It was gritty, polished and sleek. I mean this drama was sponsored by Armani, so I wouldn’t expect anything less! The airing laws meant that the knives were blurred and some aspects of the crime scenes, but if you go into the drama knowing that you will see this, it isn’t as jarring or weird if you are used to non-Korean crime dramas (or certain OCN dramas). I will say, that at the beginning, the soundtrack and sound effects were a little obnoxious and somewhat distracted me from the scene. Thankfully, this did get better (or I got used to it, I’m not sure! ^^”).

Overall, I would definitely recommend Secret Forest. This is one of my favourite Korean Dramas and I would definitely be happy with a sequel to delve more in the characters and sadly there will always be corruption. And of course my shipping heart would love to see more interaction between ShiMok and YeoJin, especially how far he is coming with expressing his emotions (which isn’t far, but he’s working on it!).

I would like to use this spoiler section to talk about three characters, this will include their involvement with the plot and other characters, personality and my thoughts on them all. 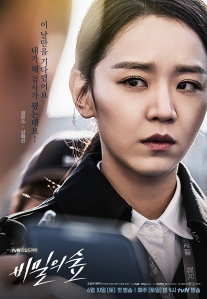 EunSoo was somewhat annoying to begin with. She tried to get herself involved at every turn and her intentions were all personal. However, as the drama progressed and I kicked the cobwebs of misogyny, I started to really like her character. EunSoo was a female prosecutor with a man with barely any emotion as her mentor, who never trusted her. Her father’s life had been ruined by her bosses and she wanted justice. Her intentions were personal, but human and she worked hard despite everything. Of course, her actions did tend to be rather dumb – trying to see whether someone will kill you is not a recommended thing to do!

Looking back at her time in this drama, I am so upset at how she was treated! This poor baby did not deserve to die. However, this event was a catalyst for ShiMok and motivated his emotions and gave us a lot of insight into him (which was also pointed out by YeoJin and her observations). In some ways, I feel that ShiMok’s distrust of her was an unconscious way of him protecting her.

DongJae was a complete dick and the more he was in this, more he became hilarious and 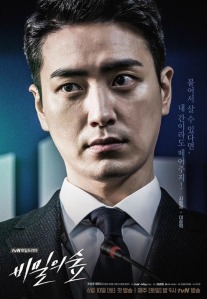 actually rather heartwarming… until he went back to being a dick.

What I liked about DongJae was that he wanted power and wasn’t sorry about it. He was not afraid of grovelling to get what he wanted, even if he wasn’t smart enough to know how important some of the information he got was haha.

I was actually sobbing when Lee ChangJoon was talking to him and he was distraught and wanting to get help. Their relationship was fraught with distrust and lying, but ChangJoon saw himself in DongJae and DongJae admired ChangJoon.

Besides ShiMok, the most interesting character for me was ChangJoon. He had about 3 jobs in the span of around 3 months, each higher than the last. He had a controlling father-in-law and felt as though he was not up to the standards of his wife’s rich family. 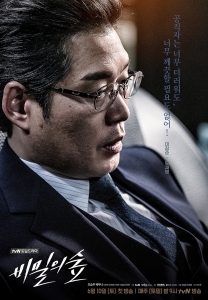 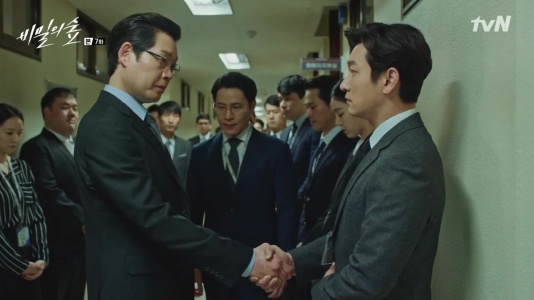 ChangJoon believed in justice, but he fell into the hole of being corrupted. He helped and advised ShiMok and wanted him to succeed, but at the same hid things and double-talked. This carried on to his whole life. This was also a reason that I kept doubting that he was behind the murder. Of course, he didn’t do the murder, but he made it possible to happen in his aiding Yoon SeWon (Lee KyuHyung – aka a character whose story made me sob!).

His sense of justice stayed with him and he got dirt on all the corrupt people (with positions of power) he interacted with. This makes you root for him, yet you still understand that he did wrong things and he abused his power and manipulated people for his own gain. Everything about this drama reminds you that humans are not black and white, we are very much grey.

ShiMok is someone who I think ChangJoon wishes he could have been and that’s why he is so invested in him.