With Every Dish, There Is A New Taste Of Life.

The end is here.

By the looks of things YeRi came to pay her respects at the funeral at some point, as we watch the pair talk about YeRi’s realisation that her fiance was in fact seeing another woman. However, the marriage is still taking place as YeRi believes it is the best thing for the baby (definitely arguable…). 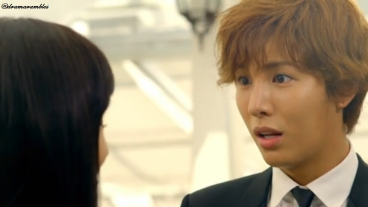 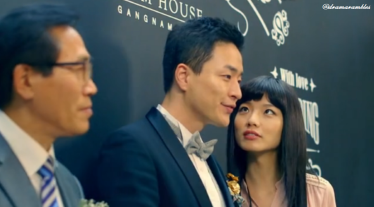 The day of the wedding arrives and Yang gets her makeup done, happily surprising herself and Byeong who is even more mesmerised by her. Byeong and Yang give their congratulations to the groom, well Byeong does, meanwhile Yang lowkey threatens him with her always watching eyes (Ha!). 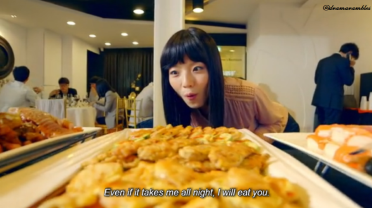 After the wedding photos, where Yang looks like she is having the most fun, Yang’s spirits are further heightened by the buffet. Once she and Byeong are seated, their plates piled high, Yang proposes they play a game, the winner being the one who eats all their food the quickest. Someone has to pay for the funeral of the person who dies first (although I don’t understand if this is a prize or punishment…).

Even though after finishing, Byeong can’t breathe properly, Yang still continues to feed him food, and herself. Byeong is saved by YeRi coming over and taking Yang’s attention.

We see that YeRi is the proud mother of twins and the treasure of her new family. Meanwhile, Byeong got promoted to a chief position and it looks as though his alien princess idea is going to fruition. Plus he’s still being super cheesy and adorable! 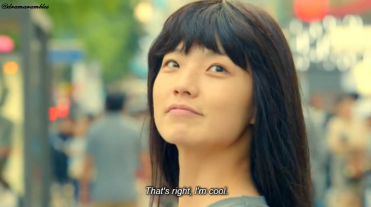 Yang is still tutoring Boss’ son and doing other part time work. It seems that she has given up on her dream of becoming a writer.

At the convenience shop where she works Yang is met with a young girl not wanting to give ID, even though it’s needed to buy cigarettes. The girl then grabs some stuff and runs, but is hit by a car, gaining no movement or sympathy from Yang! Grabbed by anger, she gets the urge to right… but the pen isn’t working (Ha!).

Yang is walking home and she is young, amazing and sexy (her own words haha). Yang is happy eating the sweet flavoured life she has now.

I wanted to like this a lot more than I did. There just seemed to be no point in it…  and maybe when I’m older and more in Yang’s position, then I will no doubt appreciate it more.

It was quirky and fun, but in some places it definitely dragged and not much really happened.

At some points Yang’s character was slightly unlikable, but for the most part she was hilarious and a very real feeling character. YeRi was sort of a generic sweet best friend (but I generally have a soft spot for those) and Byeong’s character felt a little underdeveloped. He was adorable, no doubt about that and there were times when he did put his thoughts into words, but it wasn’t very often.

The drama was short, odd and did make me laugh at times, but I don’t think I would watch it again any time soon or recommend it to someone.

What did you think?