Today is WINNER as a whole and they did not disappoint at all! I love the WINNER sound and this video was very very creative! ♥

To be honest I’m not quite sure what this video is about… I kind of have a feeling that it’s about how these men are jealous of the couple in the video (who may or may not have been about to have a BJ in the lift… *gasps*). Or that they are pining over the girl who they lost and they are being sentimental (?) That’s all I could really think about… 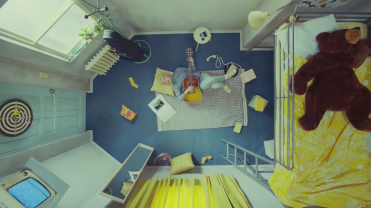 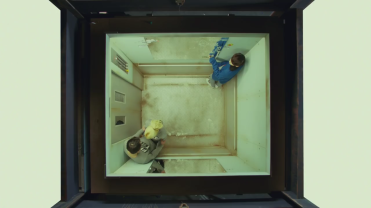 I looked at the lyrics (which you can see here) and it’s basically about how they feel sentimental at night, but they hate that feeling for some reason. That they want the feeling to go away and maybe getting back with the other person may help this, but they don’t think that that could happen. At least that’s what I get from reading the lyrics~

I loved this video! It was so colourful and had a fun atmosphere for most of the video and when it didn’t – I’m mostly talking about JinWoo in/and around the bath – I just thought it was so beautiful.

I’m a sucker for pastels to be honest and surrounding very handsome men with them will always make me happy haha^^” (Although that does not redeem whatever is happening on Mino’s head… just nope.)

I really liked the separate little rooms that each of them had and the cool overhead shots we got: 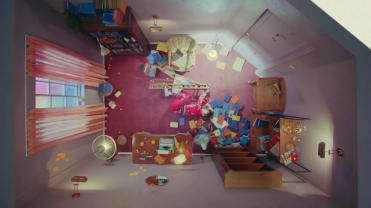 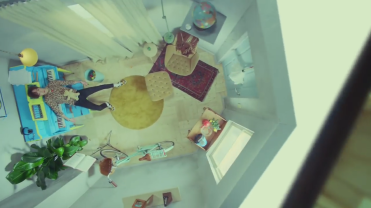 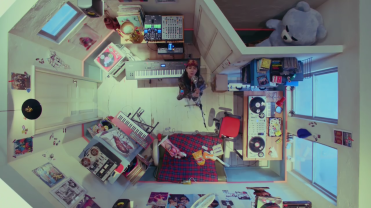 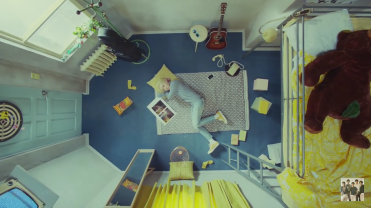 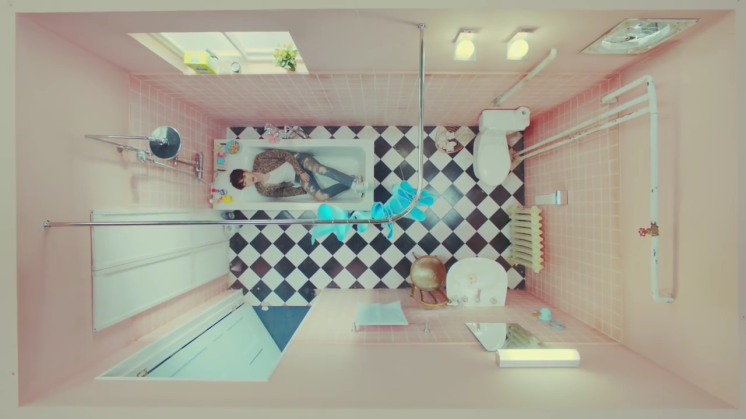 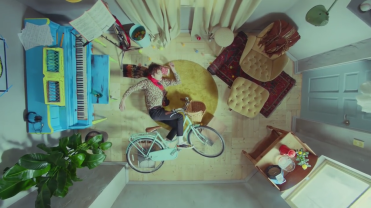 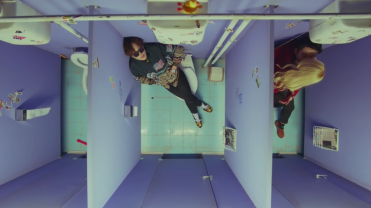 I thought this video was really well shot and the way they went into the next frame, sometimes through doors was really swift and well edited. And the little bits where they were the perspective was different. I loved the creativity of the camera angles and just the camera work in general! 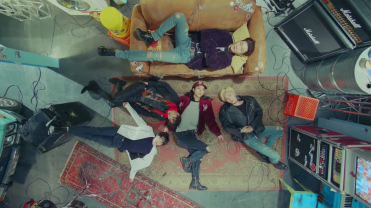 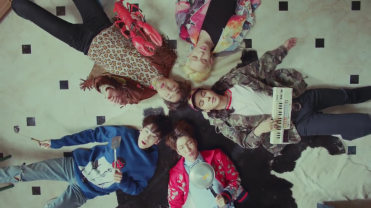 Another thing I really loved was the ‘band’ element that this video had and by ‘band’ I mean instruments and microphone stands haha~ I thought that little garage (?) hangout/practice room was really cool and then how that atmosphere easily transferred to the kitchen as well haha

And I thought all the shots where they were lying down together were so pretty! I was even able to forget about how not good Mino’s hair looks! :p

The thing that I love about WINNER is how their voices are different and sometimes the styles are different, but in a song it works so well and they all play off it each so well! 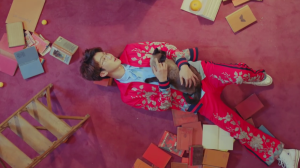 I will start off with SeungYoon and I will say this time and time again, he has improved so much over the years and I am just so happy to hear him rapping his little heart out and busting those moves! (Also how cute is he with a little kitty?! *dies*) I honestly feel like a proud mother even though I have never met the man and he’s 3 years older than me… but I saw him on Kpopstar and WIN.

Anyway, next we have the other rapper, Mino. He always performs strongly for me and I think his parts, much like SeungYoon’s were placed well within the song.

SeungHoon has a voice that I love, it’s got a rock edge to it, but is still beautiful and melodic. 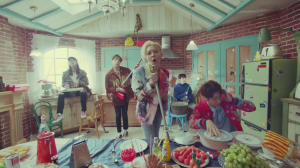 TaeHyun is probably my favourite vocalist in WINNER, just because it has such a unique solidity and fragility to it that I love (I don’t know if anyone else understands and is with me on this… ^^”). I also felt some GD vibes at the beginning which I thought was quite interesting.

JinWoo, ahh that angel of a man. His voice is so pretty and I thought that leaving his big part until near the end was a great idea and mixing in some Mino (you know how I love vocalist and rapper verse interaction!) because it gave us that calm before the storm. 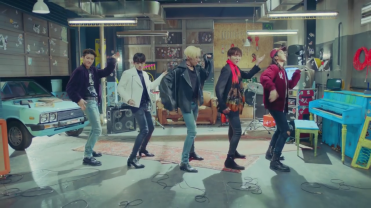 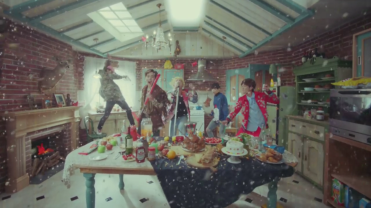 The dancing was very comical in this video. They had this little bit where it looked like some leg shimmying action, the slapping the butt routine and just some rather odd angles. Of course we also had them strutting their stuff as members of a band and watching each of them and their random shenanigans in the back (*cough that sweet pumpkin SeungHoon *cough*). 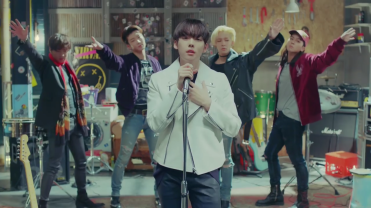 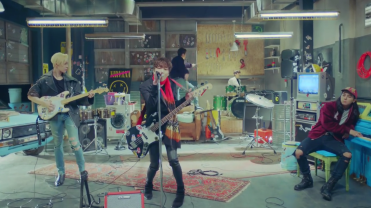 Oh and how could I forget to mention the epic backup dancers to JinWoo?!