If you follow this blog (and I don’t expect that to be the case ^^”) I have just started to watch We Broke Up which is a webdrama with SeungYoon as the male lead. The song features in the drama and my love for this song has resurfaced and I have decided to do a review on it! ^^~

This MV is generally about showing ‘youth’ or rather the youth we would all love to have! (I may only be 20, but this is something I don’t see myself doing anytime soon *cries*). The MV’s main theme seems to be having fun and being young and being with your friends and creating bonds and memories (so many ands!).

I have a small idea of what the song is about, mainly because of snippets of subtitles I have seen in the few episodes of We Broke Up I have seen. Some of the English also adds a little to my understanding. With this knowledge I would say that this song was about loving someone as much as you can and being with them even if people dismiss your love because of your age. But your age is the thing that enables you to love so hard. I feel this is along the lines of what the lyrics say (which you can see here).

Oh and looking more into the lyrics I would also add that this ‘wild and young’ notion is something that the singer of the song feels won’t leave him in efforts of loving the other person.

Without this knowledge I probably wouldn’t have gone into that much depth. 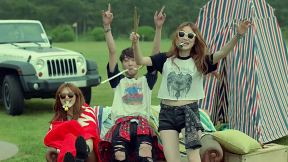 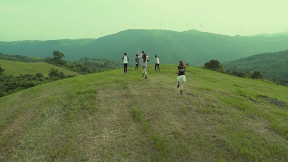 This mv is one of my favourites, simply because it is so simple, yet beautiful. The colour scheme was rather bright, but gave a very fresh feeling. This was helped with the mv taking place, for the most part, outside.

I just thought that the hill scenes were great, not only were they pretty, but the shots were dynamic and the simplicity of the groups of friends just having a fun time (and doing a lot of running about!) was visually pleasing ♥ 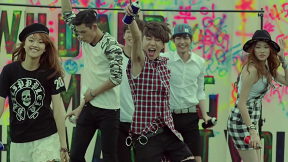 Even the set was open and gave off a fresh feeling. The red background was not overpowering and SeungYoon stood out easily enough in his black outfit on the white. I also really like the wires that led up to all the equipment at the front, I’m not sure why, maybe it gives the sense that being young is messy (too deep?) or I just like how it looks in the scene haha ^^”. 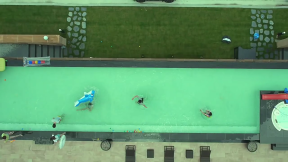 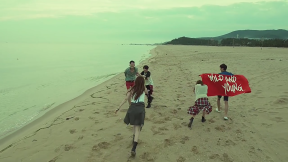 I just love everything about this mv! I really thought that the others in the mv (of which I only recognise Park HyeongSeop – so if you know others please comment below~) displayed the joy and playfulness that this song and mv required. I mean who doesn’t want to be part of this ‘squad’?

Ugh. I’m always bad at this part, but I may be even worse today haha ^^” I just adore SeungYoon’s vocals in this! He has such a ‘rock’ and fresh feel to his voice that works so well with the pace and tone of this song. I love the little inflections he makes and just the way his voice works (such eloquence…).

I feel that this kind of voice is not typical in the “kpop” (and I use this, not in the broader sense/term, that it is normally used for all Korean music sometimes) world. Even looking in YG, not only is his vocals (with some exceptions with Daesung I suppose, especially with maybe ‘Shut Up!’) so different, but the feel of the mv is not something that is typical of a YG video. If SeungYoon was not in this, I may not have thought this was from YG.

On a final note, I would just like to express how much I love these two screenshots!: 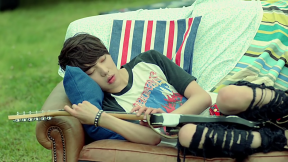 The picture on the left is adorable! I mean it’s not fair how cute he looks cuddling his guitar! And then the one of the right…. so much sass!! I feel like he has been getting posing tips from Nam TaeHyun haha or JinHwan (of iKON) in Rhythm Ta!

Oh and off topic a little, on the right picture, HyeongSeop (to the right of SeungYoon) looks so cute with his little smile and ears :3