Hyun Bin didn’t have to look this good ♥.♥

Confidential Assignment or Cooperation (2017) is a fast paced action film running at around 2hrs. As this stars Yoona it is part of my Idol Actor challenge, who gained a Most Popular Actress in the 2017 Seoul Awards and 53rd BaekSang Art Awards.

Im Chul Ryung (Hyun Bin) is a North Korean agent whose team is betrayed by their Colonel Cha Ki Sung (Kim Joo Hyuk). Being the only survivor of his team, Chul Ryung is given the task of getting back the stolen money plates and killing the rogue Colonel who has fled to South Korea. The opportunity comes when North Korean officials go for talks in the South.

While the NIS work out why and how they can catch Ki Sung before Chul Ryung, they set him up with a rather disenchanted and beaten down policeman (who’s been relieved for three months for losing criminals 😂). Kang Jin Tae (Yoo Hae Jin) is tasked with distracting Chul Ryung and making sure he doesn’t kill Ki Sung.

However, a man bent on vengeance for the deaths of his team – with one of the members being his wife (Shin Hyun Bin) – Chul Ryung is not going to quietly sit around twiddling his thumbs. This means that Jin Tae finds himself in violent and life threatening situations and rethinking the mission he’d been given.

Chul Ryung is a silent, no nonsense North Korean who believes in his home regime, while Jin Tae is a sarcastic and tired policeman. The chemistry of these two actors and the dialogue was hilarious and I loved that we even got some sweet and heartwarming moments as well. This relationship doesn’t start off well and we get lots of bickering and grumbling. This dynamic is a widely used trope and it’s timeless and I will always be down for it! I will say Jin Tae was a little annoying. He would lie about equipment and spy on Chul Ryung all the time, but got all self righteous when he found out Chul Ryung was wiretapping him, like seriously?!

I also love that these two characters bonded over family. It’s Chul Ryung’s confession as to why he is so bent on catching Ki Sung that gets the family man Jin Tae to truly understand his motivation. And it’s through Chul Ryung’s interactions with Jin Tae’s family that bonds him closer to the South Korean policeman. 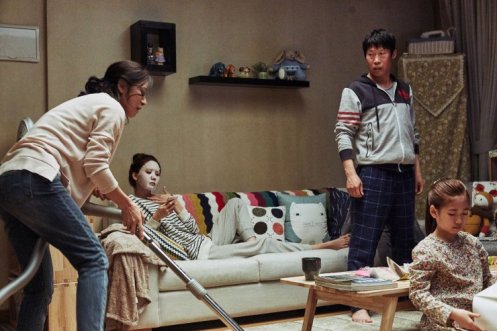 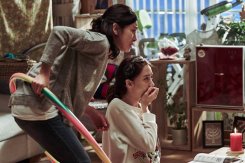 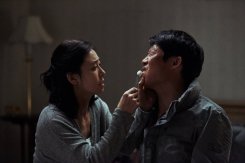 And talking of the family! I loved each member! Jin Tae loves his wife (Jang Young Nam) and wants the best for her and his daughter Yeon Ah (Park Min Ha) who he adores! He even cares for his sister in law Min Young (Yoona) who sponges off him. They treat him as somewhat useless, but he is the breadwinner and they do care for him, his wife going so far as to asking Chul Ryung to look after him.

Yoona was great in her role as the somewhat vapid and smitten young woman. Her interactions with Chul Ryung were so funny as she is so extra. And then you bring in Yeon Ah who immediately takes a liking to the North Korean Agent. So cute! ♥

The bad guy was well written and his motivations were thought out and developed. Kim Joo Hyuk was wonderful in this role and it’s heartbreaking that we lost such a great actor in 2017. For this role he received Best Supporting Actor in the 2017 Seoul Awards.

For me, it was the acting that made up most of my enjoyment. I wasn’t overly impressed with the plot, but I’m not a big action fan. I don’t enjoy car chases – and there was a long one – and while the fight scenes were well choreographed, I found myself wincing and feeling uncomfortable because of how brutal they were! I’m too sensitive 😂😅

Confidential Assignment was well shot and if you like high action, guns blazing and unlikely duos, then this film is for you!