I don’t watch a lot of films – especially in the year they are released – so saying this was the best film I watched in 2019 doesn’t really have much standing… but it was!!

Exit is around 1hr 40mins and falls in the “distaster” and “action-comedy” genre. It also falls under my Idol Actors challenge as Yoona co-stars with Jo Jung Suk.

It’s been a few years since Yong Nam (Jo Jung Suk) graduated from university, but is still finding it hard to land on his feet. He is known as the strange ahjusshi who uses the playground equipment for his workout.

On his mother’s (Go Doo Shim) 70th birthday, Yong Nam has made it so the celebration takes place in a concert hall nearly 1.5hrs away from their home. “Unbeknownst” to him Eui Joo (Yoona) his university crush works as the deputy manager.

While the festivities occur a toxic gas begins to spread through the district and panic ensues as fatalities rise.

I loved every single character, even when I hated them (shout out to you manager (Kang Ki Young)!). This is telling of how great the acting talent is in this film. And Yoona stands up with them. She has a great tenacity and intelligence and Yoona embodies this character. She is more of the “straight” character while Jo Jung Suk’s character brings out more of the comedy and absurdity. Those crying scenes tho 😂

Yong Nam is an unlikely hero, but as a viewer we want him to succeed because he’s kind of pathetic and we feel bad for him haha. And this is more so because this idiot is climbing up buildings!!! I thought I was going to have a heart attack several times. The majority of the film is getting his family rescued as they are the only ones left in the concert hall. Once this occurs my heart is still on edge as we then watch Yong Nam and Eui Joo strive to get to higher ground and get rescued themselves. 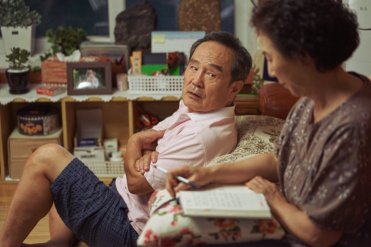 Despite being terrified for most of the film – the effects are too realistic and heights kill me – this film is hilarious! Yong Nam’s sisters are so funny, most notably Jung Hyun (Kim Ji Young) and this trait comes from their parents. The first thing we learn about his father, Jang Soo (Park In Hwan) is that the man just wants to watch his dramas!

The production of the film is wonderful and it is no surprise that Lee Sang Geun gained the Best New Director for Exit at the 40th Blue Dragon Film Awards. It is a slick piece of film and the framing of shots – the climbing shots especially – are amazing. The parallels to the past – Yong Nam and Eui Joo’s climbing society at university and other events – were cool and well used. 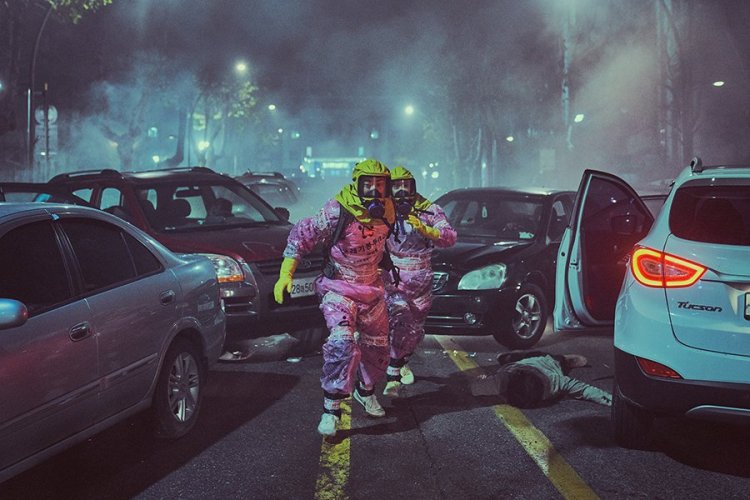 The ending resolution of the gas attack was rather cliche, but as this is more of a character driven plot it didn’t take away from my enjoyment. I basically cried because I was relived it ended 😂

So far this is my favourite watch from this challenge!