Rainbow were a girl group under DSP Media who debuted in 2009, however in 2016 they disbanded when the members decided not to renew their contracts.

Black Swan was released in Feb 2015 and is the title track of their third mini album Innocent.

To be honest there isn’t much of a storyline in this video. There is an evident mania to a lot of the scenes and the expressions that we see. With the change of outfits and lighting choices there is a sense of not knowing yourself or not being sane.

The reflection in the foggy mirror is not me, who is it?

With the lyrics and video combined the “strange mask” and manic expressions scattered throughout this video, there is more of a story. But it’s more metaphorical than a visual story:

Also, am I the only one who thought we’d find out what they were seeing through the little hole in the wall?! 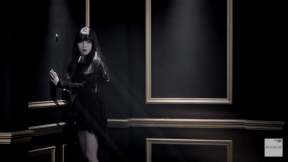 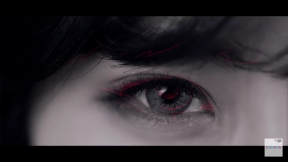 This mv is shot in black and white which gives an extra sexiness to the dancing scenes, and an extra unsettling feeling to some of the more manic scenes and scribble editing. 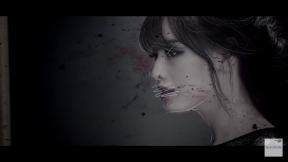 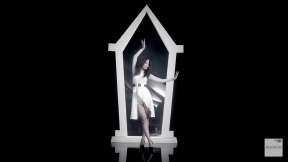 I will say that the jump cuts are rather jarring. But separately a lot of the shots are aesthetically pleasing. I especially liked Woori’s shots in the doorway. And Yoonhye’s shots were really pretty and made more sense with the lyrics.

At first I wasn’t that impressed – A lot of the time the music is too loud and overpowers the vocalists and there is a robotic/stilted quality to the singing. However, after listening to the song several times, it becomes a lot more catchier and enjoyable. I probably won’t listen to it repeatedly, but I may come back to it in the future.

I really liked the rapping from Woori! I was feeling it!… but then it suddenly stopped… I get that their are 6 other members and 3-4 minutes can be difficult to equally share vocal time, but I think this song could have done with more Woori!

I liked 2 elements of the dance. I really liked the butt wiggle move because who doesn’t love a good butt wiggle. And it goes well with the music. And I really enjoyed the arm popping (that’s probably the wrong word haha ^^”) part of the choreography where ll the members are involved and it looks so cool! 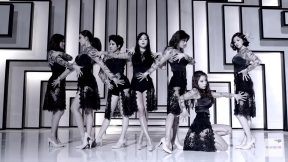 However, for the most part the dance was rather boring… I think because of the editing and choppiness of the video, the dance scenes lose a lot of their cohesiveness. I checked out the live performance and the dance is a lot more interesting to watch than in the MV.

What are your thoughts on this MV and song?

Thanks for watching! I hope you’re having a lovely day~