I recently remembered that I saw on Viki that My Little Lover only has 10 episodes, and seeing as I have recapped up to episode 6, it means I can do a Top 5 post!

And it came just in time as I am having serious MLL withdrawals!

So here are my Top 5 Moments (in no particular order): 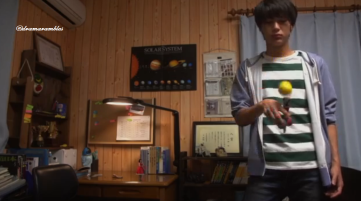 I loved this whole entire scene. Shunichi tries his best to make Chiyomi and dress and he completely fails. Being upset that he has failed, he brings Riku into it (knowing that Riku is in love with her and is good with a needle), but then starts sulking when Chiyomi tells him not be mean about Riku!

I thought this scene showed us that Shunichi is jealous of Riku and his talents that would be helpful to Chiyomi right now. Shunichi has become so used to being the one who Chiyomi has to depend on, he even says that Chiyomi can do nothing without him, that he feels upset when he can’t help her. It shows how far their relationship has come. 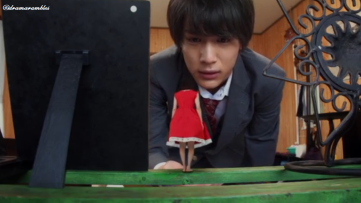 I loved this scene because it, not only shows how much he cares about his grandma, but also Chiyomi. Once he had found out that grandma was okay, he charged up those stairs to his room. The way he called out Chiyomi’s name was so touching and when she came out of hiding, he looked so relieved to see that she was okay.

He also went straight up to her and held out his hand for her, as though he needed to have her near to make sure she was alright ♥ 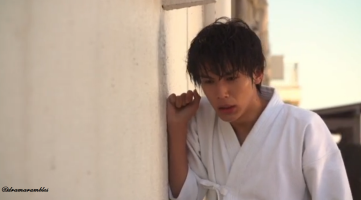 These are two different scenes, but I love them for exactly the same reason. There is such a rawness and unguarded nature to these moments that wasn’t portrayed before this episode.

The scene on the left (which occurs first) is where we see Shunichi really express himself and the talk he has with Chiyomi is deep and we learn several things about his character and his struggles.

The scene on the right (after the Kendo match) was heartbreaking! I just wanted to hug him so much, or at least have Chiyomi hugs he ankle or something haha ^^”. But I did like that he was left alone, and even Nomura allowed him space to himself.

This whole scene was adorable! The fact that Shunichi kept choosing very sexy and ugly clothes for Chiyomi was hilarious. And then the little girl who calls him gross was so unexpected that I laughed out loud so much!

And then after that we get a cute icecream date! I thought it was so sweet that Shunichi held the icecream to his pocket so that Chiyomi could have some. I also thought that this was one of the starting points for when Shunichi started to get kinder to her. Even though he would moan and groan about doing things for her, he would do them and then he would do something extra! 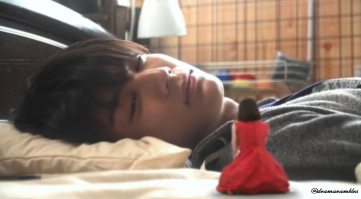 This is another long scene that I really loved. I thought it was very “Shunichi” to think that Chiyomi would be alright on her own (especially as he packed her everything he thought she needed) in the cave, but when she didn’t want him to go, he didn’t.

The scene after, when he becomes ill and stays in bed for most of the day, is absolutely adorable. The way Shunichi looks at Chiyomi is so sweet and unguarded. And he even spends a lot of his time looking after and thinking about Chiyomi~

(And then we have the scene during this where Yabuki gives Shunichi the dirty magazine haha :p)

I could honestly make a Top 10 because there are so many more hilarious, touching and cute moments that I could write about ♥

What were some of your favourite moments? ^^

4 thoughts on “My Little Lover – Top 5 Moments Of The First Half!”