I recently saw a post on Soompi (which you can see here) that listed “10 of the Best Story-Based Kpop MVs” and I have seen most of the music videos, but I thought I would go through and review them… because I thought that would be a good idea haha ^^”

The first one, coming at no.10, which you may have guessed from the title *shush* ^^” is “The Light” by The Ark. A lot of these videos are very emotional, so when you watch the MVs be prepared for the sadness (so eloquent). 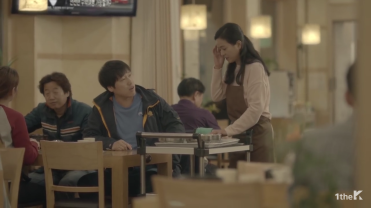 The story begins when a young girl sees a backpack she wants in a shop window. Her mother thinks the one she has is okay for now. We see that in the family it is only the girl and her mother and of course there is some money difficulties. But the mother works hard to get them by. 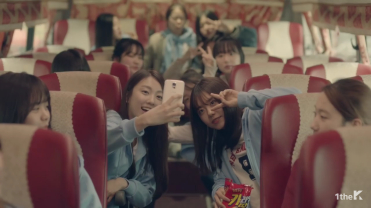 The girl goes on what seems to be a school trip, but later in the day the mother sees that there has been an accident. The daughter has died and the later scenes of this mv are heartbreaking.

The mother has purchased the backpack the daughter wanted, she packs her lunch just as she would normally. I assume the mother goes to where the girl should have gone or where the accident happened I’m not sure. The mother sets out the lunchboxes and cries while hugging the backpack.

To be honest, I’m not quite sure what this mv is about… If it were the other way round, I could see it being about how you shouldn’t have arguments with the people you love because of small things that don’t actually matter. I suppose I think this song is about how when the girl was there the mothers light was bright and happy even though she had to work a job that she didn’t enjoy. That the person singing is thankful for the person in their life and is suffering because they are now gone.

I took a look at the lyrics (which you can see here) and I am completely wrong. From what I got from the lyrics was that it is about how even though the person singing was young and foolish once they have found someone that was willing to take their hand and be with them, their life became better. That they want the other person to lean on them as much as they can lean on them.

Even so, this mv is very beautiful and emotional.

This MV did something that I really love, it used mother and daughter when the lyrics show that they could have done the usual and made it between a woman and female. I also think this is pretty brave of The Ark and the company they are under because this was their debut and only one member is in the mv.

What I also loved about this mv and made it even more heartbreaking was the change in lighting and the contrasting scenes: 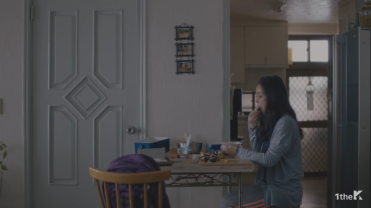 That difference in lighting is so evident and there is such a loneliness and unhappiness there that makes me want to cry! 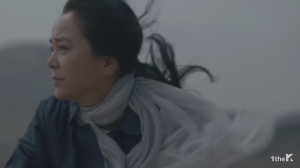 I thought the end scenes were very beautiful. I thought the mother was beautiful and it is no wonder Jo MinSoo was wonderful in this mv and really evoked great emotion for a 3 minute odd video as she has been acting since 1986.

I liked that the chorus is singing and the rest of the song is a sort of mix between singing and rapping. I don’t really think this is something I have heard much of before. More singing comes into the second half of the song more where the emotion of the song and the mv reaches the higher levels. But this mix was very interesting and I am curious about what their other songs sound like.

The vocals were good. The rapping had a great rhythm and sound to it and the singing was great. I wish I could articulate more on this but words… haha ^^”

I was curious to see how this was performed on stage and was surprised to see that there was a dance to it. The performance is a little lighter than I imagined and I quite like it for that: