This is one of my favourite MV’s that I’ve seen in a while. I think both Insane and Mind Your Own Business have been beautifully shot and the vocals are on point.

This is a great comeback for Ailee ♥

I’m not sure which was released first, but my first thought when I watched this video was 1. don’t mess with Ailee and 2. that guy from ‘Insane‘ is driving her insane in a completely different way now.

Obviously I’m an idiot because the more I actually paid attention the more I realised that the male in this MV is none other than Im YunHo from ‘Prince’s Prince‘, and not Lee JooHyung (a K-Plus model).

For the story, I got the idea that this guy had severely pissed Ailee off (as well as break her heart) and her group of ‘girl-friends’ were going to make him pay for it as much as possible, even if it meant incarceration.

From the lyrics (which you can see here), I think it’s pretty much the same. Ailee is fed up of fighting and it annoys her that her boyfriend is not the same as he was at the beginning of the relationship. Ailee is going to leave him, no matter how much he begs (although he didn’t seem bent on doing that during the MV) and that he should mind his own business from now on.

This video reminded me of Lee HyoRi ‘Bad Girls’. 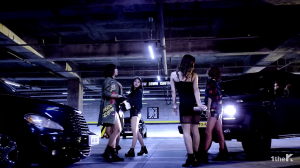 I enjoyed that this video was fun to watch and the toughness of the song and the “characters” were mirrored with the outfits and the lighting. This was well contrasted with the lighter coloured memory scenes.

I also loved the tight-knit female group, even if I don’t condone the behaviour haha ^^” 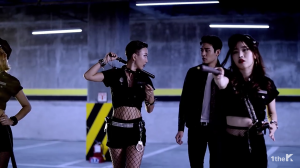 There was also a comedy aspect that I really liked, including the part where Im YunHo was mourning his car haha and also the part where Ailee picked her cell lock, got caught and ran off! Talking of being in jail, sexy female police officers are a must, of course!

Talking of Ailee and not disappointing, her vocals for this song were wonderful! Ailee has such a powerful voice and great flow. I love when Ailee does ballads, but she definitely has the sass and vocal intensity to do such a tough and fast song.

I won’t write much here, because it would literally just be me gushing haha ^^” 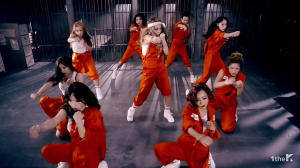 For the dance of the song, I greatly surprised by how cool it was! I thought that the punch movement was great! On a side note, I don’t really like orange, but those jumpsuits were so cool when styled. 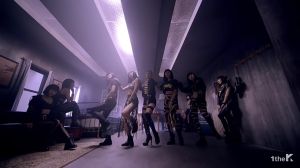 I also really loved the sexy dance that happened at the beginning and near the end in the ex-boyfriends apartment, it helped that I liked the outfits as well.

Overall, I was very impressed with Ailee and the other women in this video. I liked that the women were part of the story, but the dances were weaved throughout and they played a role as well.