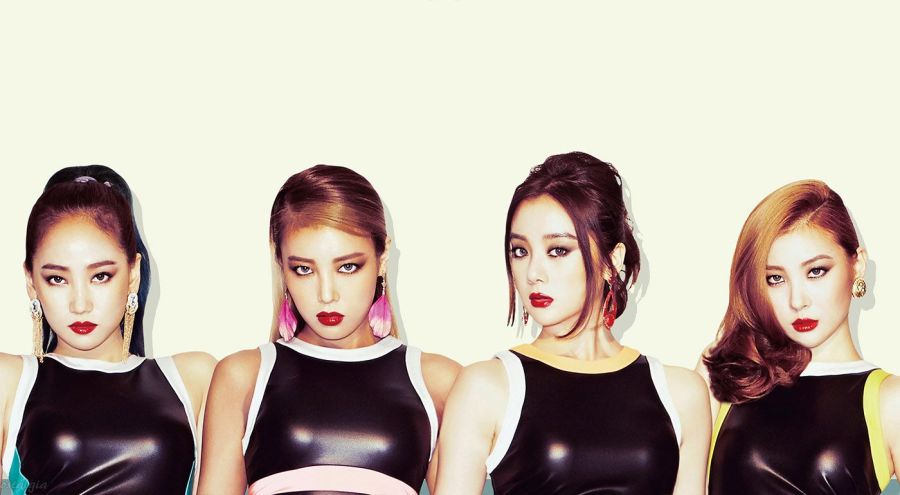 This part was a fun one to go through! I enjoyed most of the songs and got to listen to some favourites ♥

For the original Billboard article and quotes click here~

Wonder Girls came back in 2015 as a four unit revamped “band-focused team” with this “‘80s-vibing song” — T.H. No doubt Wonder Girls will be on this list again as the full unit as they are one of the most famous girl groups that hit it big on the international stage.

‘I Feel You’ is one of my favourite songs! It’s honestly so perfect. The rhythm is fun and energetic; the vocals are super on point and retro concept is cool and aesthetic af!

I really wished JYP gave this rendition of Wonder Girls more because this level of talent should be showcased! ♥

I have heard of Oh My Girl, mainly through variety, but I’ve realised that I have never listened to one of their songs.

They are a 7/8 member group and have the cute, fresh and innocent girl group vibe from what I’ve seen. I was expecting cutesier vocals, but what I actually got in Closer was a good range of solid voices. This song is so nice to listen to and I’ll definitely be checking more of their work out! ♥

According to J.B., Closer is a “balance of delicate melancholy and hopeful energy expressed the beginning of a new love. This dreamy style eventually became OMG’s signature sound, solidifying their place in K-pop.”

B1A4 are a group that I know from variety (most notably their Hello Baby series) rather than their music! I remember this coming out but I never really listened to this group.

Despite this song being about being cheated on, this song is insanely fun and chaotic haha 😂 T.H. puts it wonderfully by saying “with perky guitar riffs, overexaggerated raps, and a clap-happy chorus, it’s not really clear “What’s Happening?” throughout much of this iconic B1A4 track. But that’s part of why it’s so memorable.”

This is one of my favourite 2NE1 songs! The vocals on this song are fantastic and really highlight each members ranges. I remember being stunned by CL’s singing ♥ I think this and the acoustic of Lonely are probably my faves.

It still has the feel of 2NE1 – both musically and stylistically -, but I Love You “peels away the quartet’s well-dressed outer layers to reveal a more tender, vulnerable 2NE1.” — M.M.

It was inevitable for 2NE1 to be on this list and I have no doubts that they will be on it again with I Am The Best!

IU is genuinely a pleasure to watch. Her music has a tenderness, but also a cool maturity to it. I either feel like a sweet princess or a cool woman when listening to her.

Her music videos are also really stylistic and interesting to wathch. This one shows a quirkiness and exploration that fits the song so well! To celebrate turning 23, IU “transformed her life into multiple-choice riddles that don’t necessarily have answers.” — C.K.

I would recommend IU to everyone! I love her ♥

This wouldn’t be a Greatest of the 2010’s without Fantastic Baby. This song was everywhere and to this day still makes me feel happy if I listen to it.

The only issue is that I find it hard to listen to certain music artists nowadays because we found out some were scum and the worst is Seungri, so I have a hard time listening to Big Bang now… But honestly listening back to this, he brought nothing to it.

GD’s opening is iconic as is his rapping segment! Taeyang bring his smooth vocals and coolness! TOP is blue haired hottie rapping in his low tone that we could never catch up to! Daesung is just perfection! … Seungri’s part was always inconsistent and a bit weird… and someone please explain to me why he’s not in jail?

“This electrifying hip-pop track is an anthem built on a solid foundation of catch phrases; “boom shakalaka” has gone on to become synonymous with the act.” — T.H.

I haven’t listened to Sunny Hill, but the name is familiar.

According to T.H. ‘Midnight Circle’ “was a gamble for Sunny Hill, who previously focused on soft pop and ballads — and it paid off as one of their most iconic songs.”

The video is odd and a weird comeback for June, but considering it’s one of their iconic songs it worked. Personally, Midnight Circus feels dated and clunky to listen to. A lot is going on and sometimes too much for me.

I remember watching them on Kpop Star 2 and falling in love with them instantly! They are such a talented sibling duo with a fresh and fun sound.

With 200% they “proved themselves to be one of the scene’s most charming and dependable duos” — J.B. The entire Play album was wonderful and it was cool to see something so different from Y.G. Chan Hyuk makes such cool music and he knows how to utilise Su Hyun’s flawless vocals ♥

Also, all their videos are so creative! And it’s always fun to see YG models/actors in singers videos (my fave is the plethora in 2NE1’s Falling in Love ♥).

I am not familiar with IZ*ONE. This group is the product of Produce 48 (a programme format I don’t like) and has 12 members. J.B. explains that the odds felt stacked against this Korean-Japanese group due them facing “lower-than-expected ratings plus tensions between Korea and Japan” however, “the ambient, mid-tempo track cut through the noise to solidify undeniable interest in the outfit from the get-go.”

This song definitely exceeded my expectations! The vocals are good and the song is catchy. It’s one I’ll listen to again and I’m excited to check out their other stuff~

This is where I realise I’ve never listened to any Jay Park outside when he was in 2PM. I was happily surprised. However, I don’t think this is due to Jay Park… He has surprisingly smooth vocals, but it was Hoody and Loco that really made me enjoy this song. Hoody’s vocals ♥.♥

Overall, the song “drifts along smoothly, every handclap and synth flutter adding a little flair to a song that’s as self-effacing as it is charming.” — J.M.

Thanks for reading! I hope you’r  having a lovely day~