I saw some tbr’s of this readathon and it looks like a lot of fun! The readathon was created by Rachael Marie Book Junkie and you can check out the announcement video here

This is the Map Bards must follow in order: 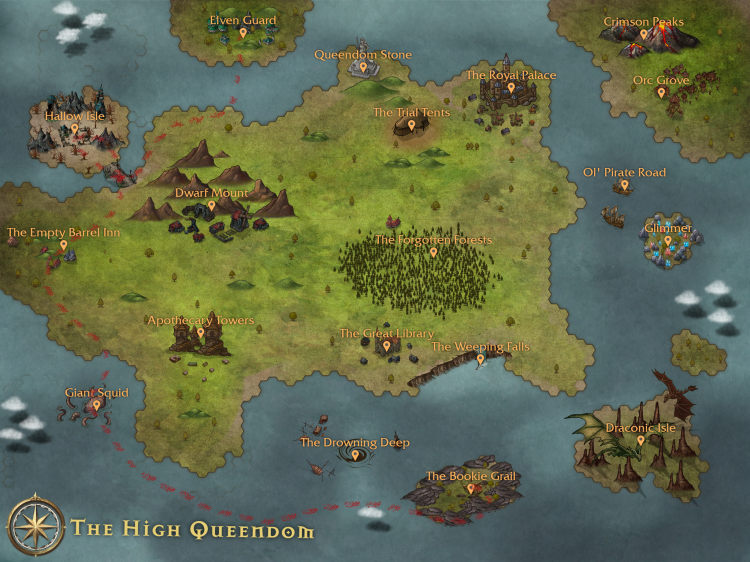 1. The Elven Guard are surprised by your visit, and are immediately on the offensive:
Read a book with War, Military or Political Themes to learn how to help calm the situation.

This is the second book in the Remnant Chronicles and follows Lia – a runaway princess – as she finds herself in enemy hands. This series contains political intrigue.

2. On the Hallow Isle, lurk incorporeal monsters and the ghosts of your past: Read an
Atmospheric or Horror Book to pass this test of nerve.

I’ve read The Child Thief and that was creepy and weird (but glorious!) and Lost Gods is about a man whose wife has been murdered by an “arcane horror”. He then journeys into Purgatory to try and rescue her.

And I’m sure the fantastic art by Brom will add a ton of atmosphere on top of his writing.

3. Empty Barrel Inn, every bard deserves a swig or too, some say it even aids warming up those vocal cords: Enjoy An Indulgent Read

This is the third book in the Guild Hunter series. This series is a paranormal new adult romance with smut. And those two things I would consider indulgent because they may not be the best books – i.e. not the best writing or plot – but they are fun, fast and have smexy characters

4. Giant Squid, a fearsome fellow: Read a book that intimidates you, and this foe shall be a doddle.

I’m intimated by this book because I’ve literally only ever heard amazing things about this. I’m scared that I won’t like it…

It’s a historical, interview type style book about a band’s ups and downs – at least I think it is haha ^^”

I have the audiobook on hold on Overdrive as I’ve heard that’s the best way to read this book. And this also fits the weakness of the Bards – i.e. the music theme (more details about this and the bard ability is further down)

5. The Bookie Grail: Here you find a lost manuscript, delivered on this forgotten island by a fallen star. Read the group book: Stardust

I’ve already read Stardust, but I’ll happily re-read it! And I plan on watching the film after as well. I like Gaiman’s writing, but I think the film is way better than the book! Clare Dane is just so beautiful and it’s more whimsical ♥ 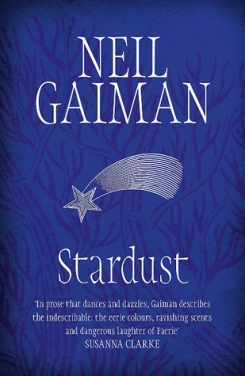 Every group has an ability and a weakness:

The Bards have the power of over words and music.
With their voices they can charm their way out of a book.
They can count a DNF as a prompt completion.

These wordsmiths find it impossible to escape the lyrics.
One of their books must contain poetry or musical themes.

Let’s see how this goes!